There is an avenue in Green Bay called the “Tony Canadeo Run.” It is a rather barren stretch of road that starts at the end of Bart Starr Road and eventually turns into the Brett Favre Pass. The surrounding area is comprised mostly of neatly kept vacant lots with sparse business activity. It is one of the several thoroughfares in Green Bay that are named in honor of their football heroes.

Tony Canadeo, by today’s measure, would not even come close to being drafted in fantasy football. He was a big star of the 1940s, but in a much different way that we evaluate excellence. He was the Packers first ever 1000+ yard rusher in 1949 and led the Packers in career rushing when he retired. However, it was his versatility as a football player for passing, receiving, punting, kick returning and defense that made him famous. In those days it was not uncommon for players to play multiple positions, but Canadeo excelled in all those departments. His number 3 was retired by the team and he has a place in Canton.

Canadeo was the last of the old great Packers, following the likes of Clarke Hinkle and Don Hutson. From the early 1950s until Lombardi, Packer pride was put to the test. We all know about Lombardi and the dawning of the Super Bowl, but what about that two decade gap of the 1970s and 1980s? Packer pride would always be solidly intact after Vince Lombardi, but by 1989 it sure needed a good polish.

So it happened that Lindy Infante’s men put together a “Majik” year. Packers fans will remember the 1989 season as the one they stopped thinking “maybe next year” to “they’ll be back next year.” The team went 10-6 and missed the playoffs on a tie-break. Nevertheless, it was a significant breakthrough and an elixir for a languishing spirit. But those 1989 Packers were only a precursor, a flawed prototype if you will, of better ones to come for Green Bay in the 1990s and beyond.

Since the 1980s, the West Coast Offense has developed into a mainstay of NFL programs. There is practically no team left in the league that hasn’t used it or some derivative at one time or another. It solved some of the drawbacks of the Run and Shoot offense. For example, by providing more tight end involvement in the passing game. Mike Holmgren brought the system to Green Bay and the team has barely strayed from it for 25 years.

It is here where Green Bay’s modern fantasy stars have flourished. I give you my choices of who I would pull off board from first to number twelve (years with the team in brackets):

A true Fantasy gem during his heyday; his monster 2003 season especially stands out. A no brainer for top pick. Touches, targets and touchdowns.

From 1992 to 1994 was a top receiver in both standard and PPR formats. Had his career not been halted by an unfortunate neck injury, many would have projected him for Canton. One of the best receivers I have ever seen.

His name is to quarterbacks as Clint Eastwood is to westerns. Was top Fantasy QB from 1995 to 1997 and ranked outside the top ten only three times of his sixteen years in Green Bay.

A consistent receiver for Fantasy Football. Driver had seven 1000-plus yard seasons with the Pack and provided top tier PPR stats.

Still cranking out great numbers. Not counting his injured 2013 season, he has either been the No. 1 or 2 QB in Fantasy in 6 out of 10 seasons with the Packers.

Got a bit too tubby in 2015, but Lacy still has the ability to get back on track as a Top 10 Fantasy RB. In 2016, I expect he’ll be taking footballs, instead of doughnuts, to the house.

A top receiver during 1997-98 and in the Top 20 from 1996 through 2000. His famous Monday night catch against the Vikings in November 2000 remains one of the most astonishing highlights in NFL history.

Jordy left a big hole in the Packers offense in 2015. He has recovered from two bad injuries (Hip & ACL) in as many seasons. His past output proves his worth as a Fantasy player and we hope his 2016 return will elicit a few more.

Another member of the Packers Hall. Chmura tread the fine line between having more of a “real” football value than that of Fantasy. A typical Top 10 for his position and a favorite target of Favre. That alone made him a sound PPR draft choice.

With the brouhaha over Favre joining the Vikings, Bennett did worse and ended his career with the Bears. He still made the Packers Hall of Fame. Go figure. He shared carries with Dorsey Levens in a committee, but he was draftable enough.

Finley wrestled with returning to football from a frightening spinal cord injury or a $10m insurance settlement. He wisely took the money and decided not to work on a comeback. His stats were good enough to make him one of the few Fantasy draftable tight ends of the Packers since 1990.

At one time Jennings was a high target in Fantasy drafts. After leaving the Packers, his receiver ranking has suffered a steep drop. His best years were solid Top 20. 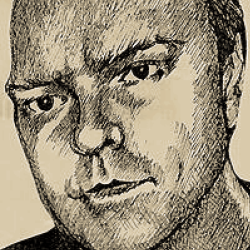 More in Best Of