A preseason World Series favorite a year ago, the 2014 Boston Red Sox faltered in just about every way.

Their supposed high-octane offense scored fewer runs than the Marlins, and by season’s end they’d traded away 80% of their Opening Day starting rotation.

Wholesale changes this offseason have led to an entirely revamped Red Sox roster that’s weighted towards the offense, but definitely not short on Fantasy talent.

In an early experts mock draft I hosted back in November, the first Red Sox starting pitcher off the board was Wade Miley at pick No. 222, so excuse me if we ignore their arms in this section. However, despite confining ourselves to Boston’s bats, this is not a team short on stud talents.

In fact, their Nos. 1-7 hitters all have good chances at being top 50 players. Mookie Betts, David Ortiz, and Hanley Ramirez are probably the best of the bunch — yes, I believe in Betts that much — but don’t forget about Dustin Pedroia, who has battled troublesome thumb injuries in recent seasons. His disruptive digit has limited his slugging ability, so I’m not ready to write his former 15-HR power off just yet.

Miley sort of already broke out in 2012 (3.33 ERA, 1.18 WHIP), but no one really seems to believe it. Acquired by Boston to be the team’s left-handed replacement for Jon Lester, believe me when I tell you Miley has some serious upside with the Red Sox. For one, his strikeout rate exploded last year from two straight 17-18 K% seasons to 21.1%, and he has now had back-to-back years with ground ball rates north of 50%.

Despite posting a 4.34 ERA last season, Miley was actually much better (3.67 SIERA), and has stumbled through some bad luck with the long ball, due in large part to his former home park (Chase Field). Fenway Park has a reputation for being a homer-friendly stadium, but that’s actually not the case; it’s league average for right-handed batters and severely suppresses homers to lefties. Mix in a very good infield defense to field Miley’s ground balls, plus a strong offense to back him, and I think there’s a good chance Miley turns in an All-Star season in 2015.

After much consternation regarding his eligibility for the title of “Breakout Candidate,” I’ve officially decided to give Pablo Sandoval some dedicated space in this section. Interestingly, for a man with a $95M contract who has earned considerable postseason praise, Sandoval really hasn’t “broken out” to this point in his career.

Really, in the five seasons since 2009 Sandoval hasn’t been better than average. He has hit more than 16 HR just once, batted over .279 just once, and hasn’t reached either 70 runs scored or 80 RBI. In Boston’s stacked offense, Sandoval finds himself in a very favorable environment that could see him post a 75-.285-20-85-0 line, or possibly better.

Are the Red Sox tinkering with their offensive approach? http://t.co/KmnDlR0KnW pic.twitter.com/RpsXf0M2u9

I greatly dislike the term “sleeper” because in this age of information, what with our non-stop fantasy news cycle, there are virtually no players who fit the old definition of sleeper, meaning someone whose success few saw coming. However, of all players on the Red Sox I think Victorino, Allen Craig, and Justin Masterson are the only guys who sort of qualify.

For Victorino, it’s not that people don’t think he can produce — most actually think he’ll be very good if he gets the chance — but rather that no one wants to draft a man without a job. Victorino says he expects to be the starting right fielder on Opening Day, but that’s not looking like the case. As of this writing in late January, my best advice with Victorino is to stash him in the late rounds in all formats because, assuming playing time, a top 50-75 season is within reason.

I also still believe in Craig, who people seem to have forgotten was extremely valuable in three of his four MLB seasons. Like Victorino, however, playing time is the concern.

For Masterson, he gets sleeper status only because he has strikeout-per-inning potential, but starting pitching is so deep around the league that there’s no reason to assume Masterson’s risk on Draft Day. Still, keep an eye on him.

No, I won’t label Ortiz a bust candidate just because he’s entering his age-39 season. Instead, I’ll go with the youngster, Xander Bogaerts. Look, if you straight up asked me whether I thought Bogaerts would be worthy of his ADP (probably around 150), I’d say, “Yes.” After all, the risk at that point in the draft is pretty low. But what worries me a little about Bogaerts is three-fold:

There’s a good chance that a lot of people will draft Bogaerts because of his prospect pedigree, but it’s not a sure thing he takes another step forward.

Oh, and Koji Uehara showed last season that he still can’t last deep into the year.

Betts and Castillo both qualify, so they have to be mentioned here. Other youngsters I have my eye on are Garin Cecchini at third base and Henry Owens, Matt Barnes and Anthony Ranaudo in the rotation. All three starters could see action this season, but they’re all better futures plays. I like Owens and Barnes far more than Ranaudo.

What Should We Know About the 2015 Boston Red Sox?

Despite recent reports that the team won’t be targeting a high-profile pitcher, I have a hard time imagining they’re completely done tweaking the roster. The rotation still seems too thin and the outfield too crowded, and I’m a little worried about the “Victorino thinks he’s a starter” problem that’s going to have to be addressed in the next month or two.

A couple final thoughts about the 2015 Red Sox: 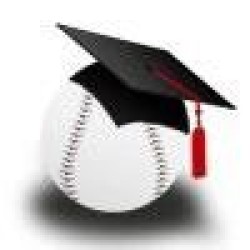 Follow Me
Bryan Curley
Owner at BaseballProf.com
Bryan Curley is the co-founder of Baseball Professor a sabermetrically-slanted Fantasy Baseball site that prides itself on in-depth and complete analysis. Their free 2015 Draft Guide comes out on February 17, so head over to BaseballProf.com and reserve your copy!