The 2014 Yankees were mostly a disappointment and many Fantasy Baseball owners that bet big on a high-octane Yankees offense were sadly underwhelmed by the team’s worst offensive performance since 1990 — and the fourth-worst offensive production in modern Yankee history.

On the other hand, SPs Michael Pineda and Masahiro Tanaka were huge additions in short-term stints, and Dellin Betances was a top-five reliever without even having the saves tied to a closer’s role. The Yankees have been very strategic this offseason, unloading salary while building up a youthful organization based on pitching and defense with such players as SP Nate Eovaldi, RP David Carpenter, and SS Didi Gregorius. The Yankees’ one big free-agent splash was the re-signing of their third baseman from the second half of the 2014 season, Chase Headley, to a four-year, $52 million contract.

Jacoby Ellsbury should be an early round pick still, especially considering that he is in a run producing position and should have the speedy Brett Gardner in front of him. Masahiro Tanaka could end up being one of the top 15 pitchers selected, depending on his rehabilitation from surgery and appearances in spring training.

Betances was an elite RP when he was not the closer last year and could become the top RP as the closer this season. This is not to say that closers should be drafted extremely early, but Betances should come close to 100 strikeouts again with 35 or more saves.

The key breakout candidates are the young hard-throwing Pineda and Eovaldi. We have all seen what Pineda can do, between his All-Star rookie season of 2011 and sub-2.00 ERA of 2014, but injuries have kept him from being a top pitcher. This may be the season where he goes from a late-round pick in 2015 to a mid to early round pick of 2016.

Michael Pineda signed with the Mariners as a amateur free agent 9 years ago today. Hard to believe he’s still pitched only 41 games.

Eovaldi, who has already been traded twice before turning 25, could be a massive breakout candidate as pitching coach Larry Rothschild turns him from a thrower to a pitcher. Eovaldi has a devasting fastball and has worked on refining his pitch selection; do not be shocked if Eovaldi exceeds 200-210 strikeouts this season and becomes an SP3.

Unfortunately, for those looking for Yankees players, this list could be huge. CC Sabathia, Mark Teixeira, Brian McCann, and Carlos Beltran all disappointed last year and there is a good chance that at least two of them are not going to live up to their previous performances again in 2015.

Beltran and Sabathia may be at the end of their productive parts of their respective careers, both done in by injuries, and they should not be trusted. Each will be drafted at the latter portion of the draft, Beltran earlier than Sabathia, but each will cause issues with DL stints and inconsistent play.

Before you get any crazy ideas about the return of Alex Rodriguez, read my Fantasy profile of him here.

This could be the most interesting position on the team as the Yankees are flush with young pitching, Ivan Nova, Tanaka, Pineda, and Eovaldi are all younger than 28, but have a young future ace in Luis Severino. He has torn through the minor leagues, posting a 2.23 ERA, a strikeout per inning, and a K/BB ratio of 4.17 in 48 games (46 starts). He may not be a part of the 2015 Yankees, although, he could provide a boost if there is an injury. But he should be a huge part of a rotation headlined by Tanaka, Pineda, and Eovaldi in 2016 and the future.

What Should We Know About the 2015 New York Yankees?

Expectations are key with the 2015 New York Yankees team preview for Fantasy purposes. If you are expecting Teixeira to hit 30 home runs with a .900 OPS, Sabathia to stay healthy all year, and Beltran to be a force in the middle of the lineup, then this year will be a huge disappointment.

The same goes for full confidence that Betances will be a turnkey closer, Pineda and Eovaldi emerging in the rotation, and Headley regaining All-Star form. The Yankees have been so successful in the past that Fantasy owners assume that is going to be the norm. It is not and this is only a mediocre team, albeit with good pieces for the future.

There may be only three everyday players that you can rely on for the whole season, which includes an injury-prone Ellsbury, and outside of Tanaka, none of the starting pitchers seem to be better than streamable options as the season begins.

The strength of this team is the pitching, as there is an average chance that there are four top-50 pitchers on the roster (Betances, Tanaka, Pineda, Eovaldi), but the risk is too high to gamble on in the draft. 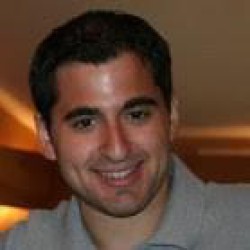 Follow Chris
Chris Zolli
AL Editor at FantasyPros.com
Chris Zolli primarily covers the Yankees on FantasyPros, but he will be a regular guest columnist on SoCalledFantasyExperts.com this season.