Aside from Gio Gonzalez, the entire rotation provided peak production, with youngster Tanner Roark coming out of nowhere to post a 5+ WAR season. The Nationals response? Sign incumbent Cy Young winner Max Scherzer to a 7-year deal worth $210M including deferred money.

Trade rumors now abound, but there’s a good chance the Nationals stand pat with a couple expiring deals (Jordan Zimmerman and Doug Fister) or at least wait for the best of all possible deals to come along.

Nothing ruins a fantasy season like blowing a pick in the first two rounds, so my Fantasy stud formula starts and ends with risk aversion. While I normally don’t like paying top dollar the year AFTER a big breakout, I’ll make an exception for Rendon at the top of the second round. Unlike many surprise studs, he is 24 with an elite hitter’s pedigree. His likely floor this year is .280 (.350 OBP) with 15 HR, 10 SB and the volume you count on from a No. 2 hitter on a great team. As shallow as second base is, you could live with that. But Rendon profiles as a guy who is still figuring things out (barely a full season of playing time in the minors) and maybe still growing into some home run power. That’s why you’ll see some bold Fantasy souls advocate taking him at the end of the first round.

I feel dirty naming my next two Fantasy studs, in part because they have some of the filthiest right-handed stuff in baseball and in part because I would never, ever advise you to take a pitcher before the fourth or fifth round. The position is just too deep and too volatile to empty your magazine so soon. That said, if you must splurge, you’ll get what you paid for with either Strasmas or the Silver Hammer. They’re both in their prime with peak velocity, fabulous repertoires, and throwing the best ball of their careers.

Strasburg in particular took great strides with his composure, sequencing, and strikeouts last year. Ryan Zimmerman’s move across the diamond is addition by subtraction, as Strasburg has suffered countless artificial extensions to the first inning courtesy of Zimmerman’s yips and airmailed throws in bunches by Ian Desmond.

Meanwhile, Scherzer gets the full benefit of facing the pitcher three times a game, the anemic Mets and Phillies, the offensively decimated and fail-happy Braves, and a couple road starts in the two most pitcher-friendly parks on the east coast (Miami and New York). He’s as good a choice as any for No. 1 overall Fantasy starter.

It's good to be a #Nationals fan. pic.twitter.com/9GDr2YVpVP

The list of top-five aggravations in D.C. includes scumbag politicians, the worst traffic in the nation, and ridiculous narratives about Harper. I have as much use for the buzzword “hustle” as my professional wardrobe has for a Victorian bustle. I’m more interested in what the narrative does to Harper’s ADP.

Last year he was creeping up into the second round in some redraft leagues and couldn’t be pried away for anything less than Mike Trout or Andrew McCutchen in a keeper format. This year his early ADP sits at 51. I’ll gladly blow a fifth-round pick to find out if this is the year for Harper, who is still just 21.

Bryce Harper is finally being drafted where he belongs… I just might buy in this year. .@DerekVanRiper http://t.co/cpndvQP3N5

Remember when Rendon was the injury-prone guy with glass ankles (as penned by yours truly in last year’s preview)? Remember when Giancarlo Stanton’s knees were going to run him out of the game before his 30th birthday? Fantasy owners are ever the eager victims of hyperbole, but it only takes one healthy season for the pendulum to come all the way back.

Let’s assume for a minute that Harper plays in 150 games at his career clip of .272/.351/.465, which factors in his earliest struggles and long stretches of either playing hurt or without the continuity that young players need for timing and development. Would you want to own that player? Does .285/.370/.525 sound ridiculous as an upside projection? This is about as good as a risk/reward scenario gets, and the outfield is by far the safest position to assume the risk.

Also throwing Rendon in here because he’s so young and has a lot of untapped power potential based on his pedigree at Rice, scouting reports, and his astronomical minor-league ISO. Yes, that was in a small sample size, but he also tore through the minors at a breakneck pace. There’s a small chance he has a couple 30-HR seasons in him.

That rude farting noise you heard last summer was the helium escaping from Ryan Zimmerman’s Fantasy profile after he lost his third base job. It was two years overdue, and between his exile to left field and a nasty hamstring tear, he’s now firmly installed at first base, where his shoulder won’t be asked to make tough throws and where it takes truly gaudy stats to get noticed.

As usual, the narrative has overcompensated. While there’s a lot of buzz about Zimmerman as a sleeper, his ADP is 175. You only need about 400 healthy PA for that pick to work out. He’s got the hit tool for an honest .300 without much help from the BABIP deities. The power is less certain, as I’m not convinced that shoulder will ever be right again. But 25-HR power might be entirely out of the question – and 15-18 HR with 40-plus doubles is not. The floor is PA-dependent, but you can live with that for this ADP and 3B/OF/1B eligibility.

Bonus Sleeper: I had Aaron Barrett down as one of the best sources of Holds that most people have never heard of. He has a classic two-pitch setup profile, relying heavily on a plus slider for punchouts at a rate of better than 10 K/9. But a healthy Casey Janssen keeps him in the middle innings and makes him a long shot for any Fantasy value in 2015.

Honestly, it’s hard to look at ADP and point to a Nationals player who is dramatically overvalued. I pegged Harper again to remind you of the risk/reward calculus, but as I wrote above, I’m not letting the risk stop me. It’s just the dire warnings in fine print on a bottle of miracle drugs.

With Desmond, the concerns have a little more substance. He’s not going to disappear on you like Jason Kipnis, but as my man Al Galdi of ESPN 980 aptly observed on air, it’s not hard to surmise that the Nationals see Desmond as 29-year-old player who has already peaked. They’ve shown only perfunctory interest in giving him a long-term deal that rewards him in his 30s for his 26-28 production. The ADP hive mind (31) still sees a perennial 20/20 threat who bats in a prime RBI spot and puts up top-three Fantasy shortstop stats.

Deep, contending rosters rarely play their rookies, so your best bet is a deep flier on 2014 Double-A phenom Michael Taylor. He’s a good bet for playing time because the major league outfield features Harper, an aging Jayson Werth who will miss Opening Day after shoulder surgery, and a center fielder who had almost forgotten how to hit until a 2014 resurgence.

Taylor’s premium defense makes him an immediate contender for fourth outfielder and injury replacement. However, he may be too raw to contribute at the plate. According to Kiley McDaniel of Fangraphs, Drew Stubbs is a common offensive comparison. Don’t treat Taylor as anything more than a lottery ticket for 2015.

The Nationals do have exceptional organizational depth in starting pitching, including Lucas Giolito in Keith Law’s top 10, but none of the big names are close to big-league ready. A.J. Cole is the closest. He’s projected as an eventual No. 4 starter, and as such, offers little Fantasy potential.

What Should You Know About the 2015 Washington Nationals?

The national media consensus is that the Nationals will trade one of their six starters before Opening Day, with allowances for scenarios where Mike Rizzo simply holds his cards in case of an injury or the luxury of a premium trade chip to fill a need in July. The local media is somewhat less convinced that a trade is imminent, and I count myself in that group. A plethora of pitchers is far more likely to resolve itself than a plethora of pinatas. Gio Gonzalez (shoulder, maybe the march of time) simply wasn’t right last year, Strasburg has at least one overblown elbow scare per season, and Roark vastly outperformed his peripherals en route to a startling 5+ WAR season.

The most-rumored trade candidate is Jordan Zimmerman, who will be a free agent after the season along with Fister; both guys would take a slight hit if acquired by an AL team, but not enough that you should avoid them in Fantasy. Zimmerman is (just) a bit steep at his current ADP (42); Fister is reasonably priced at 135.

On offense, you should know that Yunel Escobar has no Fantasy value except in the deepest formats. Wilson Ramos is still a cheap and sneaky source of power at the catcher position, if unreliable. You have to go all the way back to 2009 to find a better offensive season for Denard Span than 2014, and none of the years in between come close. Target him only if you still need an OF with guaranteed playing time in the final rounds. You also need to keep an eye on Werth’s ADP, currently sitting at a reasonable 85. If he’s not close to returning by Opening Day, it may drop 20-30 spots and give you a chance to cash in.

Finally, the bullpen is ripe with opportunity. Drew Storen is the established closer, but nothing unseats closers faster than balky elbows and a couple blown postseason saves on the resume. Newly signed Casey Janssen slots as the setup man, but he has closer experience. Pick him up cheap if you can. There’s a good chance last year’s struggles were as simple as a nasty case of food poisoning and a lower back strain. Matt Thornton is just a seventh-inning guy/lefty specialist and every intelligent Nationals fan is rooting for Heath Bell to disappear. As mentioned above, Aaron Barrett is the guy I’m watching if either Storen or Janssen get hurt.

You can check out all of our Fantasy Baseball team previews right here, as they get published daily. 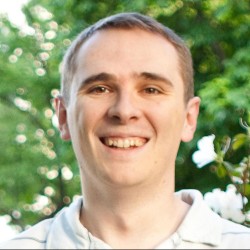