You wanna trade from strength to fortify your weakness, eh?

Well, lucky you. I am guessing you are probably in a pretty good position right now. Or if you are not, that’s okay, congratulations. You are at least taking that step of learning what to do should you become in that position.

Because one of the things I tell people is never negotiate from weakness. Best-case scenario is your trading partner takes pity on you and somehow helps you out. But do you want to be a first class host at pity party?

No, you don’t. And those that are sitting in a good position don’t really wanted to be invited to your party. Well, perhaps if you “assume the position”, and I know you catch my drift, they will. But anyone can do that.

But trading from strength to fix a weakness is not easy and it takes some work. Here are few steps to help you do that.

Trade from Strength to Fortify Your Weakness

Step 1: Identify your Strengths and Weaknesses

Duh! I know it seems obvious but based on some of the trade questions we get in our mailbag, you’d be amazed how people either skip this step or don’t have a correct read on their team.

You first need to figure out what your strengths and weaknesses are. And be honest. For example, having Julio Jones is obviously a strength at WR, but that does not necessarily make WR a strength for you. If behind Jones you have Willie Snead and Cole Beasley for example, than WR isn’t really a strength for you. Conversely, while Rob Gronkowski has not even cracked the top 60 TEs, he should soon be moving into that top tier once again. Sure, the replacement level of Virgil Green and Cameron Brate is hardly strong, but if you have a top tiered player coming back from injury, that position is probably not a true weakness.

You also need to look at situation, schedule and, of course, injury history. If you have Alshon Jeffrey, Allen Hurns, and Julian Edelman as your top three wide receivers, do you really think you can count on all three to be healthy enough to produce every week? If so, you’re just plain wrong. But let’s talk about what is right.

I would recommend a general email blast or message board post to the league letting them you know are looking to trade and whom might be available. But that’s like putting a “For Sale” sign on your front yard and doing nothing else to sell your house. You need to figure out who your potential trading partners are and who the “right one” is. How do you know?

Obviously, I’ve made trades before and there is always a point at which I know we’re “close”. As the late great Mr. Ray Charles says above, “You know when it’s right. You know when you feel it. You taste it, it’s right.” I can honestly “taste” how close we are. Sometimes part of it is just not wasting time with those who are intractable or unreachable.

Is there an owner in your league who drafts and no one ever hears from again? Does your league have an owner who will only trade with teams in dire situations? But it is more than just looking for those teams not to trade with, but looking at what teams need.

Are the top teams looking to add a few more pieces to ensure a playoff run? Conversely, would the bottom teams want to try and salvage their season? Trading with your buddy can be fun, but if you both really need a starting quarterback then you might be wasting your time. Furthermore, the best trading partner might be the owner who has actively traded over the years, but you haven’t ever reached a deal with in the last few years. Finding the right team to trade with is often the toughest piece of the equation. However, you are still not done. 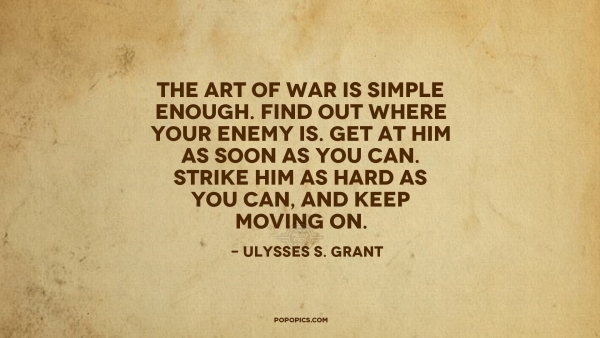 Suppose you are looking to bolster the aforementioned WR depth chart. If you’ve got Lamar Miller, Leveon Bell, and Jordan Howard you might certainly have the RBs to trade. But if an owner with a wealth of WRs also has Melvin Gordon and Ezekial Elliot, he might not be so interested in your RBs. You need to assess what their strengths and weaknesses are as well. Identifying your opponents strengths and weaknesses is nearly as important as assessing your own.

If nothing else it makes negotiating with that owner less of an uphill battle. Speaking of negotiations….

I am guessing that you don’t usually start negotiations above the New York City skyline. Yet it is absolute vertigo-inducing how poorly some people start their negotiations.

Don’t you love when you get that text that that says “Your team sucks. Let’s make a deal”. You’re gonna jump at that, aren’t you?

Okay, sometimes people are a little more subtle and it usually sounds something more like “You’re a little thin at RB. I’ve got a couple options that might help”. But again, why does one need to identify an opponent’s weakness? Either they know it’s a weakness or they don’t. If they don’t, why even make them aware? If they are aware, letting them know isn’t really helping either partner.

Isn’t it easier to start negotiations when there’s good will on both sides? You don’t have to come right out and say “I want Jarvis Landry. What’s it gonna take?” In fact, don’t do that. You’ll get a response, but don’t expect to settle on an offer that makes both of you happy. Be a little more subtle. Something like, “You seem pretty stacked at WR. You could probably trade one of them to me and still be in good shape…..”. You’ll be amazed how effective that can be. But of course once the negotiations start, what should you expect?

Step 5: Know What To Expect

Many sites can show you some of the overall transactions, including the types of trading that happens. Of course you never know what the rules are in those leagues (are they keeper leagues, how many owners are in that league, if and how many IR spots do they have etc.) But it should give you some idea.

I could list a lot of those trades here, but it is the subtleties between the third- and fourth-best RB compared to the difference between the third- and fourth-best WR that make the difference. And even if 90 percent of the leagues out there follow a similar pattern, that doesn’t mean the owner in your league will. Nonetheless, I have tried to break it down for you below:

Finally, remember that even the smoothest operator sometimes makes a bad deal. But follow these simple rules and you will never end up saying something like Mr. Smooth himself, Billy Dee Williams.

Still looking for other tools to help you trade from strength with your team this season? Why not try My Playbook

Week 5 Storylines to Watch: Return of the Patriot
Week 5 Fantasy Football Headlines: Brady is Back